For ONE DAY ONLY get these free thrillers for the Google Play app!

Download the books below from Google Play at no cost to you. No strings. We promise.

Find something interesting? One-Click to have it delivered to your Android device or wherever you have your Google Play app.

All books listed were FREE at time of listing, but please check the prices.

Not a Nook reader? Don’t have the Play app on your computer, laptop, Android tablet, or Android phone? Don’t fret. We have pages for those of you who prefer, Apple Books, Barnes & Noble Nook, Rakuten Kobo, or Amazon Kindle. Follow the link to that store. 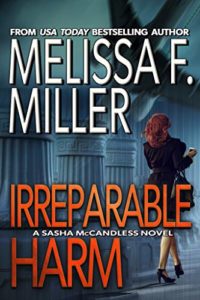 Irreparable Harm by Melissa F. Miller
Attorney Sasha McCandless has one ambition: Make partner at the best firm in town. Then a plum assignment plunges her into a world of deceit and danger. Soon, Sasha finds herself with a brand-new life goal: Stop a madman before he kills her.
CLICK HERE to get it FREE on Google Play 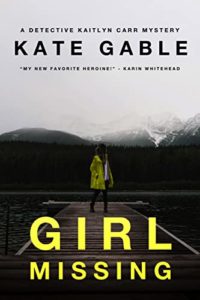 Girl Missing by Kate Gable
When her 13-year-old sister vanishes on her way back from a friend’s house, Detective Kaitlyn Carr must confront demons from her own past in order to bring her sister home. 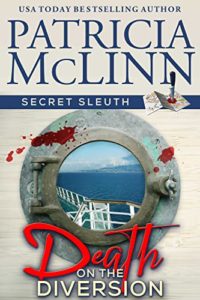 Death on the Diversion (Secret Sleuth series) by Patricia McLinn
To the world, Sheila Mackey is author of a blockbuster book. Her wily great-aunt, the actual author, orchestrated this mutually beneficial masquerade. Now Sheila’s ending 15 years of pretending with a transatlantic cruise. She should be thinking about what comes next, but discovers the ultimate distraction: finding a dead body on deck. 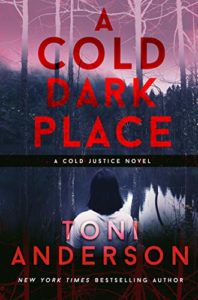 A Cold Dark Place (Cold Justice series) by Toni Anderson
FBI agent Mallory Rooney spent the last eighteen years searching for her identical twin sister’s abductor. With a serial killer carving her sister’s initials into the bodies of his victims, Mallory thinks she may finally have found him. With over a four and a half-thousand 5-star reviews on Goodreads this Romantic Thriller leaves readers wanting more! 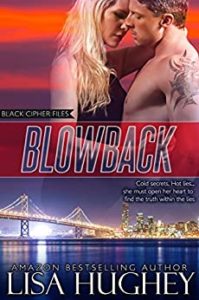 Blowback by Lisa Hughey
Her cover blown and her mission FUBAR, Jamie Hunt’s exit strategy is thrown off when her super sexy hook-up shows up to rescue her. Jamie trusts no one, including him… 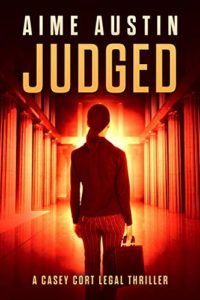 Judged by Aime Austin
Cleveland lawyer Casey Cort is desperate to get her law practice off of life support. When a federal judge seeks her out for her expertise in juvenile court, Casey thinks she’s found a lifeline. But she’s unprepared for a system that snubs its nose at justice. With a client prone to self-sabotage, can Casey redeem herself by saving them both? 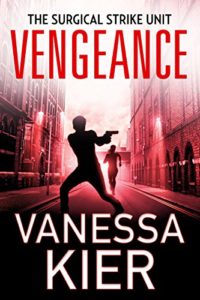 Vengeance (The Surgical Strike Unit Book 1) by Vanessa Kier
Niko Andros became a criminal to protect his family. He served his years in prison and now he’s earning redemption one mission at a time with a secret military strike force.
CLICK HERE to get it FREE on Google Play